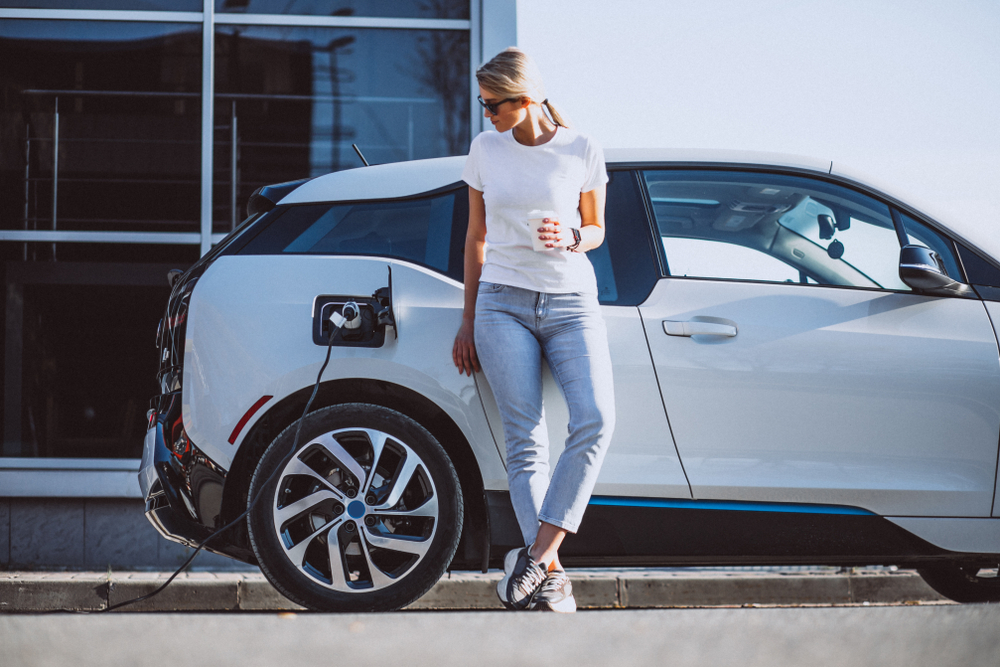 How Soon Will Electric Vehicles Be a Common Thing in Georgia?

When you own a car, you’re always worried about the cost of two things: car insurance and gas. Every day, gasoline prices seem to be going in just one direction: up. Every day, there’s more news about new electric vehicle models and emissions regulations for cars. What does it all mean? Is the U.S. really headed toward a future with all-electric vehicles?

Let’s talk more about the essentials of electric vehicles, from what they are to how they’ll play a role in our lives in the future.

What Is an Electric Vehicle?

What’s the Difference Between an Electric Vehicle and a Hybrid?

Many people have heard of hybrid cars, which use a combination of electric- and gas-powered technologies. These cars have a motor and battery as well as a gas-powered engine and gas tank. They’re designed to run in electric mode as much as possible. When the battery is low or when you need more power, the gas engine kicks in to charge the battery.

Hybrid vehicles have been an excellent alternative to all gas-powered vehicles — you get the benefits of electric power while knowing you can rely on good old gasoline when necessary. But one big disadvantage of hybrid vehicles is that they’re designed only to use both technologies. So, if there’s a problem with the battery or a problem with the engine, the car won’t run at all. With twice as many moving parts as either a gas-powered or an all-electric vehicle, hybrid vehicles can be prone to more maintenance issues, which means more trips to the repair shop.

What Are the Advantages of Electric Vehicles in Georgia Today?

Nobody is required to buy an electric car, so why do they seem so popular? It turns out that there are a lot of benefits to ditching your gas engine.

No matter how high or low gasoline and energy prices might be, it’s always cheaper to charge a battery than to fill a gas tank. So, not only do electric vehicle owners get better mileage, but they also don’t have to pay as much to refuel. The savings really add up over the years, especially when you find ways to save on insurance and other car-related costs.

People who buy electric cars can take advantage of special tax breaks and incentives. The federal government offers tax credits of up to $7,500, and many states offer incentives on top of that. This could easily help offset the higher initial cost of buying an electric vehicle.

Depending on where you live, you might be entitled to several benefits when you drive an electric car. Many cities and parking garages offer free and convenient parking for electric vehicles. Some highways even let electric cars drive in the carpool lane for free, regardless of how many people are in the car. Georgia Power actually offers a discount on electricity to customers who own a plug-in electric vehicle.

For those who want to reduce their environmental footprint, it’s hard to argue with an electric car. With no direct carbon emissions, you know you’ll be doing your part to help curb climate change.

What Are the Disadvantages of Electric Vehicles in Georgia Today?

There’s a lot to say in favor of electric vehicles, but there are some downsides as well.

Many people experience some sticker shock when shopping for an electric vehicle. There’s no arguing that gas-powered cars are still cheaper to buy than their electric counterparts. However, the price difference is getting smaller every year. When you take into account the lifetime savings of owning an electric vehicle, those cheaper gas-powered models end up costing you more in the long run, from gas to oil changes and other maintenance.

If you don’t plan to go far in an electric car, charging is a breeze. All you need to do is plug in your car each night in the garage. If you’re planning a road trip, though, things get more complicated. Before heading out, you’ll need to carefully plan where you can recharge and avoid getting stranded on the highway. The EV recharging infrastructure in the U.S. has come a long way, but there’s still a longer way to go.

More and more car manufacturers are offering electric vehicles, either as new versions of existing models (for example, the Ford F-150 Lightning) or as newly designed models like the Chevy Bolt. However, EV options are still quite limited compared to the existing selection of available gas-powered and hybrid models, although more electric-powered models are coming out every year.

Are Electric Vehicles More Common Outside the U.S.?

Right now, about 4% of all passenger car sales in the U.S. are electric vehicles. That pales in comparison to the European Union (19%) and China (15%). Why is this happening?

First, many countries outside the U.S. have adopted policies that both incentivize people to buy electric vehicles and punish or restrict automakers that produce gas-powered vehicles. For example, in Europe, people with electric vehicles get tax credits, grants, and bonus payments. In some countries, electric vehicles are exempt from tolls and can drive in bus lanes.

At the same time, the EU has passed regulations that drastically reduce carbon emissions from cars starting in 2030. In countries like the United Kingdom (U.K.), the laws are even more explicit: All sales of cars powered by gasoline or diesel will be banned as of 2030.

Will Electric Vehicles Be Required in the U.S.?

While the U.S. hasn’t made electric vehicles a requirement, President Biden and Vice President Harris did recently announce their intention to have at least 50% of vehicle sales in the U.S. be electric vehicles. It’s an ambitious target, and, unlike the law in the U.K., completely non-binding. However, it does set up a blueprint that paves the way — or shall we say road — for electric vehicles, including:

It’s also interesting to note how much of the American auto industry sees the future of cars as electric. This is a huge turnaround from just 20 years ago, when no one was sure whether hybrid and electric vehicles were just a passing fad or here to stay.

Will Electric Vehicles Soon Be Common in the U.S. Anyway?

It’s hard to tell, but global trends are leaning toward an all-electric future on the road, at least for personal vehicles.

One way to think about it is that new technology always comes in phases. All of the biggest inventions of the last century — for example, radio, TV, personal computers, the internet, and smartphones — all started with relatively few users. But the more people were exposed to new technology, the more they saw how they could benefit. Eventually, it became unusual not to have a TV or a personal computer.

What’s more is that the change can happen much more quickly than you think. Believe it or not, no one had a modern smartphone 15 years ago. Between 1950 and 1960, TV ownership in the U.S. skyrocketed from less than 10% to over 80%.

In short, there’s no telling what electric vehicle ownership will look like in the next 10 or 20 years. But between the rapid advances in battery technology, impending emissions regulations around the world, and historical precedents, all signs are pointing toward a world where electric vehicles are as common as gas-powered cars.

No matter what fuels your car, you’ll always need the right car insurance to protect you and your loved ones from the unexpected. At Velox Insurance, we already help electric car drivers all over Georgia get the insurance they need at the best possible price. All it takes is a few minutes for an online car insurance quote for cheap electric vehicle insurance. Or visit us in person at one of our offices or give us a call at (770) 293-0623.

Get a Quote
Call Us
Find Your Location