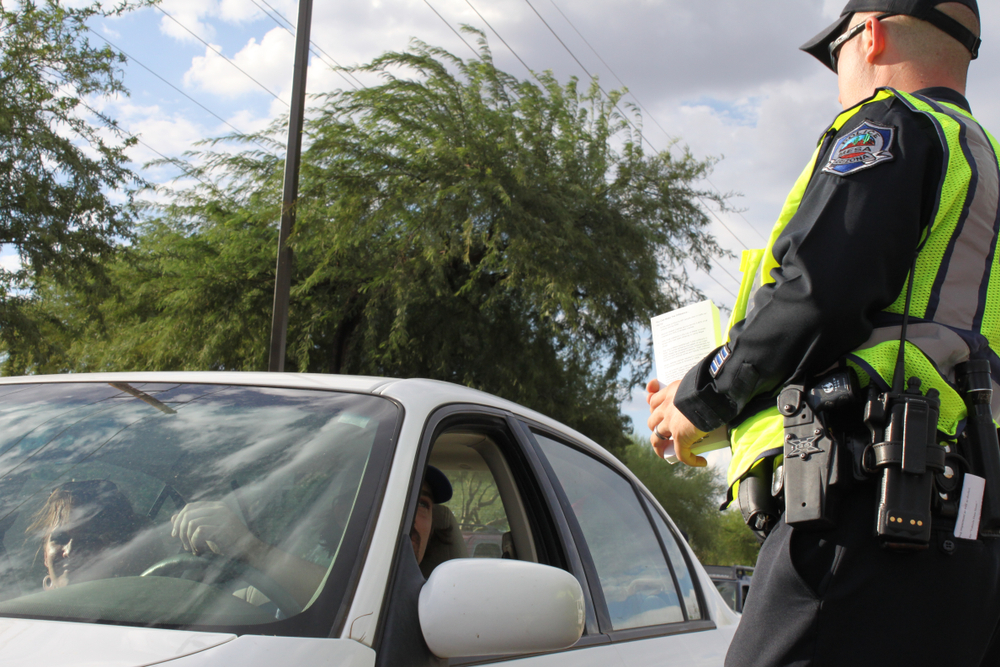 Are DUI Checkpoints Legal in Georgia?

We’ve all heard about it or seen it in movies, but are DUI checkpoints in Georgia really a thing? And is it true that a checkpoint officer can stop you for anything, like driving without car insurance?

This article walks you through everything you need to know about DUI checkpoints in Georgia, including when they’re legal and what to do when you’re stopped.

What is a DUI Checkpoint in Georgia?

A DUI checkpoint, also known as a sobriety checkpoint or a roadblock in Georgia, is an area where police officers have set up barricades so that they can systematically stop passing drivers and briefly look for signs of intoxication. Drivers that are suspected of being intoxicated are then pulled over for further examination.

If you see a checkpoint ahead of you, chances are that it’s a DUI checkpoint, especially if you’re driving at night. But checkpoints can be set up for other specific reasons, such as to check driver’s licenses or vehicle safety equipment (another reason to keep your car in top shape).

Are DUI Checkpoints in Georgia Legal?

The short answer is yes, DUI checkpoints are completely legal. However, the checkpoint must meet certain requirements:

What Do Police Officers Look For at DUI Checkpoints?

When a car is stopped at a DUI checkpoint in Georgia, they’ll quickly look for obvious signs of intoxication, such as slurred speech, bad coordination, the smell of alcohol, or open alcohol containers. This usually involves the checkpoint officer doing a visual inspection of your car, followed by asking a few simple questions.

Checkpoint officers must be brief in their inspections — usually no more than 3–5 minutes per vehicle. Anyone who’s suspected of being intoxicated will be pulled over for further questioning and sobriety tests, as well as to check that your license and insurance aren’t expired. If there’s no reason to suspect that you’re intoxicated, then the police officer will have to let you go.

Can I Turn Around Before a DUI Checkpoint in Georgia?

Yes, if you see a DUI checkpoint and don’t want to drive through it, then you’re allowed to avoid it by turning around or onto a side street. In fact, Georgia law requires police to provide enough warning about a checkpoint ahead so that drivers can avoid it.

However, if you break the law while driving away from a DUI checkpoint — for example, by making an illegal U-turn or speeding — then you can still get pulled over if an officer sees you. At this point, not only can the police officer give you a ticket for the traffic violation, but they also can charge you with a DUI if they suspect that you’re impaired.

Even if you’re able to avoid the DUI checkpoint with a legal maneuver, an officer can still drive after you and pull you over and charge you with a DUI if they see you driving recklessly or suspiciously. As you might imagine, any officer that notices you turning around from a DUI checkpoint in Georgia will be paying close attention to your driving.

Do DUI Checkpoints in Georgia Need to be Publicized Ahead of Time?

Police aren’t required to publicize DUI checkpoints in advance to the public, even though they do need prior approval from a supervisor. Part of the approval process involves showing that the checkpoint location will help public safety and decrease drunk driving.

What Happens if the Police Think I’m Drunk at a DUI Checkpoint in Georgia?

If the police have reason to suspect you may be intoxicated — for instance, because they notice an open alcohol container or that you’re slurring your words — then they’ll ask you to pull over to a designated area for further examination. At that point, you’ll likely be asked to undergo a field sobriety test or blow into a breathalyzer.

Whether or not you’ve actually been drinking, the important thing is to stay calm and avoid being confrontational. Don’t yell at the police officer or try to drive away. If you fail your sobriety test and are charged with a DUI, contact a Georgia DUI attorney as soon as possible. They’ll have the best information about how to proceed. A DUI attorney will also be up to date on the latest DUI checkpoint laws in Georgia and may be able to dismiss your case if you were illegally stopped.

If you are pulled over for further sobriety testing, keep in mind that you’ll be asked for the usual documents that police officers ask for, such as your driver’s license, registration, and proof of insurance. So, even if you test sober, you can still be ticketed for other violations like driving without insurance. And without a valid insurance policy, you can lose your license, face heavy fines, and even be required to file an SR-22, just like with DUI convictions.

The chances that you’ll drive through a DUI checkpoint in Georgia are low, but it can happen to any driver at any time. And if you’re caught driving without insurance, what should have been a simple police check can lead to a suspended license and having to file an SR-22 — even if you’re perfectly sober. At Velox Insurance, we work with drivers all over Georgia to find the insurance they need at an affordable price. All it takes is a few minutes for an online quote for car insurance in Georgia, or you can visit one of our offices in person or you can give us a call at (855) GO VELOX.

Get a Quote
Call Us
Find Your Location